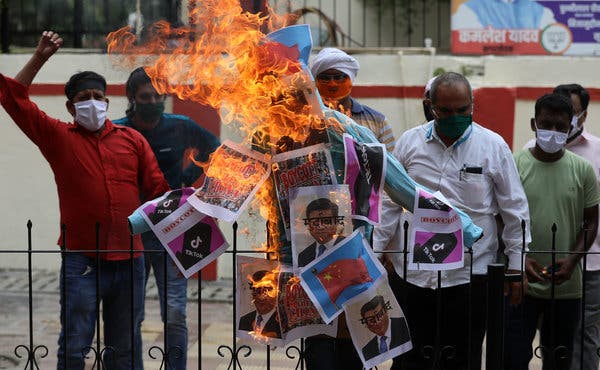 NEW DELHI — Tensions between Indian and Chinese troops have simmered since early May in the remote, high Karakoram mountains that separate India’s northern Ladakh region from the alkaline desert of Aksai Chin, which is claimed by India but controlled by China and abuts its Xinjiang province.

It is a forbidding landscape of cold deserts, snow-capped peaks, sparse vegetation and freezing temperature about 14,000 feet above sea level. On Monday evening, in a brutal hand-to-hand battle, Chinese soldiers killed at least 20 Indian soldiers with wooden staves and nail-studded clubs, in the severest escalation of the dispute on the Sino-Indian frontier in decades.

British colonial authorities bequeathed India a border with China that was neither delineated on a map nor demarcated on the ground. After China invaded Tibet in 1950 and the two Asian giants sought to formalize their frontier, the territorial dispute emerged. The Sino-Indian border dispute involves about 13, 500 square miles in Ladakh and Aksai Chin and about 35,000 square miles in the northeastern Indian state of Arunachal Pradesh, which China calls South Tibet.