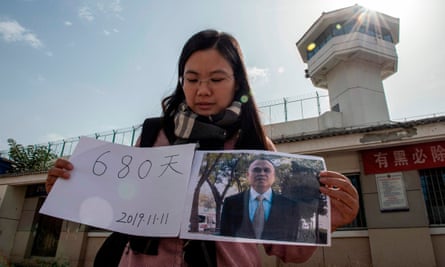 The EU has demanded the immediate release of a Chinese human rights lawyer sentenced to four years in jail, saying his right to a fair trial was not respected.

Yu Wensheng was sentenced on Wednesday, after two years in detention, on charges of “inciting subversion of state power”, after penning an open letter calling for constitutional reforms.

An EU spokesperson on Friday said Yu’s trial was held behind closed doors and he was deprived of his right to a fair trial with a proper defence.

“The European Union expects China to ensure full respect of the rule of law, to establish fair trial guarantees and to investigate thoroughly all reported cases of arbitrary detentions, ill-treatment and torture of human rights defenders and their families,” the spokesperson said in a statement.

“We call for the immediate release of Yu Wensheng.”